Hops
The aroma of these hops are so fresh and citrusy. I couldn't wait to make IPA with them. I've gone for low IBUs and high flavour and aroma. I also aim to dry hop for a week for more aroma with Amarillo & Citra. 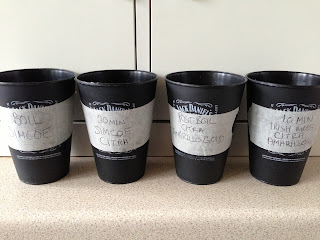 The Grist
Maris Otter as the base malt and a mix of Crystal, Munich and Cara-Pils. As you can see I don't trust using just one thermometer. 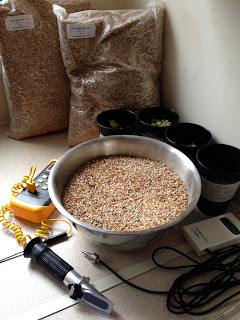 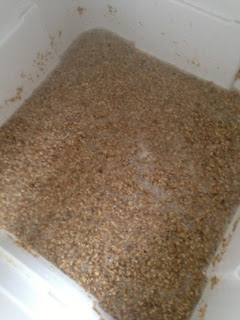 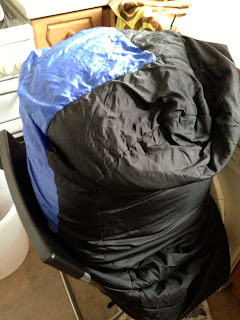 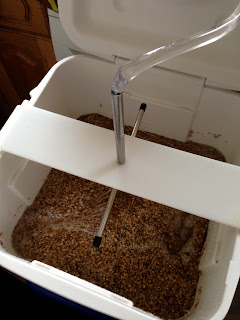 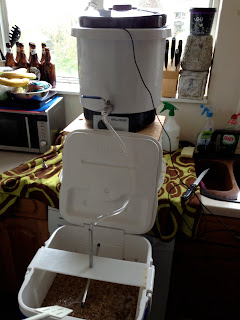 Yeast Starter
2 packets of yeast with a run off of the wort. 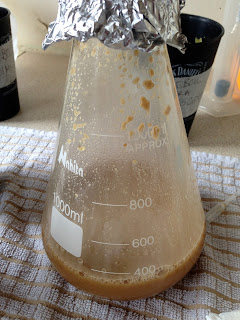 The Boil
60min boil. Good constant roll over with the Brupaks kettle 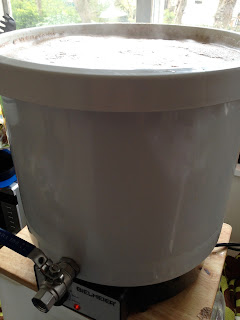 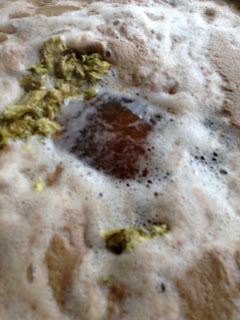 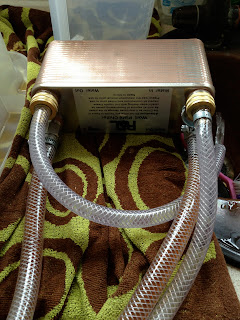 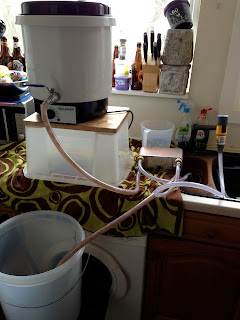 As advised by Head brewer John Troake (Hurstpierpoint Brewery), I bought a wort plate chiller. The faster the wort cools down, the more flavours are held in and less risk of infection. Cheers John, it worked perfectly. Ill bring up a bottle of the final product.


Aerating Wort
I bought an air pump with a ceramic stone to pump air into the wort before pitching. As this is a high alcohol IPA, the wort needs plenty of oxygen for the yeast to do its work. I left it running for 30 mins and it produced a lot of head. 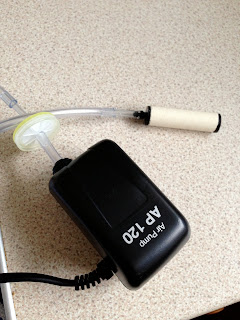 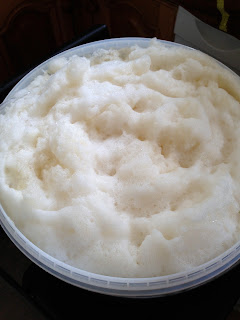 Pith yeast and set to 21.5C
I'm fermenting this with a submersible heater set to 21.5C. The heater will only come on when the temperature drops below 19C. Its important to keep a steady temperature during fermentation and after all my research 21.5C appears to be the optimum temp. 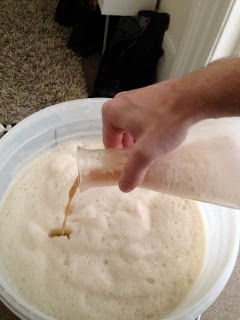 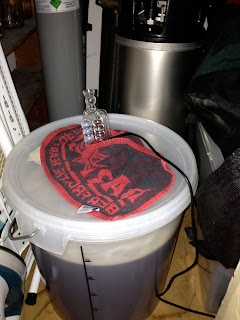 I got to meet one of my hero's! Sam Calagione from Dogfish Head Brewery . The man who has inspired me to take brewing to the next level. 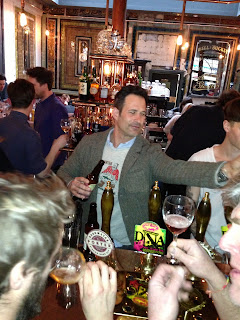 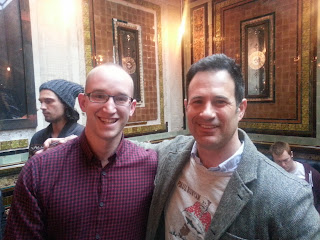 Sam was holding a talk in London for his new brew collaboration with Wells & Youngs, 'DNA New World IPA'.
Posted by Brew_Steine at 12:50 No comments:

Extra Special Bitter (Version 1) being enjoyed. Thanks for feedback Nick! 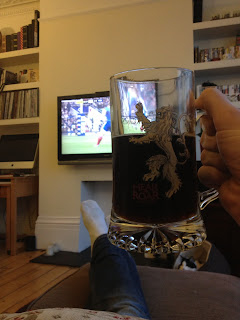 Ive made an online survey that wont take long to fill. Please click the link below if you have received a beer from me, want to help me make some better brews and receive more free beer. Any feedback is greatly appreciated.


Jordan
Posted by Brew_Steine at 11:24 No comments:

This my very first beer I have designed myself. Its an extra special bitter at around 6.6%.

I think this is a smooth, full bodied, moorish beer that would pair well with a perfect Sunday roast dinner, next to a fire (preferably), on a winters day.

The mixture of malts include Chocolate and Crystal malts for a deep colour and roasted blend. 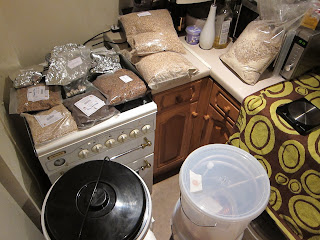 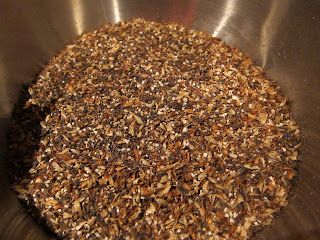 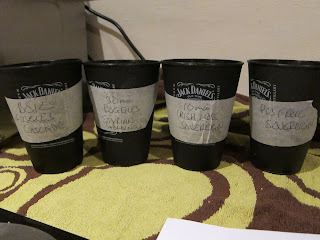 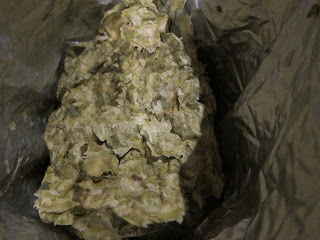 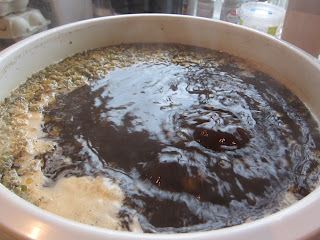 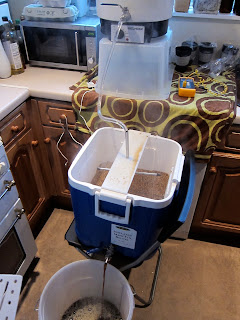 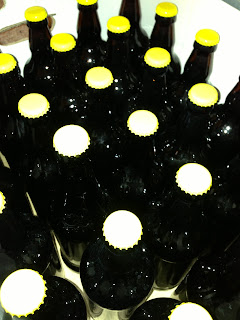